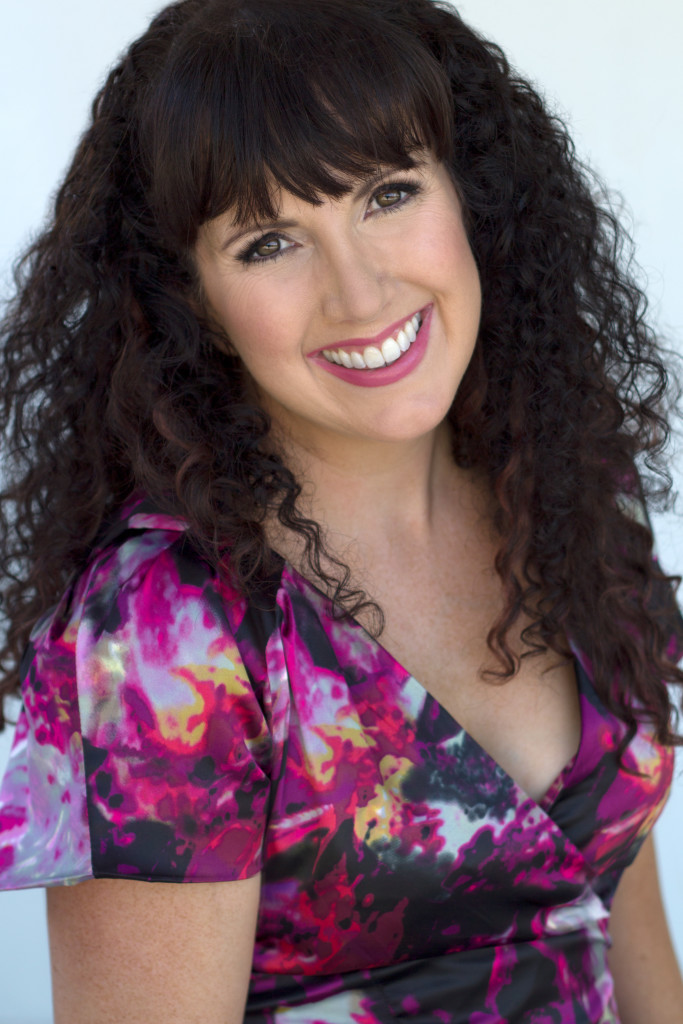 Author of new book Sex, Lies, and Cruising, Cathryn Chapman, has written a guest post for the Business & Baby on Board blog on how to get that book written.

I’m in makeup with a 10 minute call before I go onto Channel 9’s Mornings to speak with Sonia Kruger and David Campbell about my first book, Sex, Lies, and Cruising.

The moment is surreal and full of anticipation. It’s been one massive journey to get to this point. I think to myself – how did I get here?

When my son was six weeks old, I had the brilliant idea I was going to write a book and change my career. Never mind that starting any new venture with a newborn baby is ill advised!

My English teacher in high school had suggested I become an author, but that was 1989, and without the internet bringing the world closer together, it seemed a pipe dream. Besides, everyone wanted me to be something sensible and ‘befitting’ of a straight-A student like a lawyer or an engineer.

At the end of Grade 12, I studied a Bachelor of Business – Marketing and after a year, I decided to change to Film and Television Production. Warner Bros had opened the studio on the Gold Coast, and I was going to be a film producer!

Over the next 20 years, I did everything except work in film. Seven of those years were spent overseas. I lived in London three different times, studied French in Paris, travelled through Europe and spent a few months working on a cruise ship – twice. I also studied dance in NYC and singing, acting and accents in London so I could pursue a career on London’s West End. When that didn’t work out, I took a job as a resident entertainer in a holiday park, promptly fell in love with a gorgeous man, got engaged within six weeks and moved with him to South America to teach English. When we arrived back in Australia I no longer had current experience or contacts in the film industry, so after a failed business start-up in spray tanning, I ended up working in marketing and public relations after all. It was a long journey to be basically back where I’d started.

As my feet grew itchy, my husband encouraged me to pursue writing. People suggested I write a book about my life, but a memoir didn’t feel right. I had always enjoyed reading and writing fiction, romantic comedy and drama in particular. I enlisted a mentor who worked with me to set up my story structure, decide on my characters, and plan the outline. I was going to write a romantic comedy inspired by the time I’d spent on cruise ships!

A few months in, writing whenever my son was sleeping, I was exhausted. I think I had a bit of post-natal depression and it’s hard to write a comedy when you can’t laugh at anything. Months went by where I didn’t even think about the book. Motherhood has to be the most exhausting thing I’ve ever done!

I needed to go back to work when my son was eight months old and the only job I could find in my field was full-time. Since I was still breastfeeding six times a day, my mum (who looked after my son at our place) used to drive him to my work every day for his lunchtime feed. By the time he went to bed at night, I couldn’t even keep my eyes open, so the book lay untouched. I started to think I was never going to pursue this new career as a writer. It just didn’t feel possible.

Then my husband offered to help out at home so I could write. I protested at it being too hard and he said, “You can do it. You don’t want to wake up at 70 and say ‘Damn, I wish I’d written that book’,” and he was right. I’d always lived my life as someone who didn’t want to deal with the regret of not following my passions.

From that day, I worked out a schedule, which would allow me to do everything. As our son is an early riser, we were always up before 5am, so I had no time in the morning. When I got home from work (luckily, it was quite early), I had a few hours to play with my son, give him dinner, a bath, and do the bedtime routine. When he went to sleep around 6.30pm, I would start writing. At first, this went slowly, and then I saw a TV interview with an author who said: “Writing a novel is like a business. Talent is only one aspect. You need to write everyday with dedication and commitment and that is how you’ll get the book finished,” and that’s what I did.

I made a pact to write every day for at least 15 minutes, whether I felt like it or not. Even if I was tired, I would sit down for that period of time and just write something. Some days that turned into three hours and 3,000 words. I chipped away at the book a bit each day and completed the last 13 chapters in about three months. By New Year’s Eve, I had finished!

I approached editing in the same way and am still following this approach through promoting this novel, and working on its sequel. It works. I won’t lie and say it’s easy, but it is possible. I am motivated by the idea of providing for my family and starting a new career which will let me work from my home office. I admit that exercise is the first thing which gets dismissed, and that isn’t good – but I am pretty good with everything else. I spend almost every night progressing my career dreams in different ways. To find the time I have sacrificed watching TV and most of my reading and I have very little downtime, but it’s the only way I can make it work.

I never lost sight of my original dream to work in film, so once I finish the book’s sequel and a third for the series, I plan to write at least six film scripts to enhance my commercial viability.

And once that’s done, I can relax for a moment. Relaxing…hmmm…what’s that again?

But now…time for that interview! 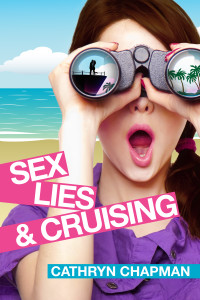 About Sex, Lies, and Cruising

Exotic locations, sexy men, and crazy crew parties… Ellie has her dream job… or does she?

When Ellie’s fiancé cheats on her with a younger, slimmer, blonde from the office, she boots him out of her life and finds solace in a fabulous photography job aboard a Caribbean cruise ship. Twenty-four hours on board and she’s already shagged her sexy Texan colleague, who happens to love her muffin-top. Unfortunately he’s leaving in a week, and his ex-girlfriend, a hot-headed Brazilian with stripper moves right out of the 90s and a talent for stealing boyfriends, is still on board and out for revenge.

Ellie must work out how to deal with the loco ex, sort the lying scumbags from the good guys, and figure out how many crew members in a cabin it takes before officially becoming group sex. Who the hell knows? (It’s five, actually.) It’s a world completely unlike the one she left behind, but as she tries to find her place on board, Ellie discovers laughter and tears in equal measure. And in the midst of the craziness, she realises the greatest thing this lifestyle change has given her is the chance to rediscover herself.

Buy your copy of Sex, Lies, and Cruising