These collages were the second assessment piece for the Creativity and Ageing course I recently completed at University of Tasmania.

Collage theme: Creativity (an aspect of my identity)

Emotion: The range between despair and delight during the process 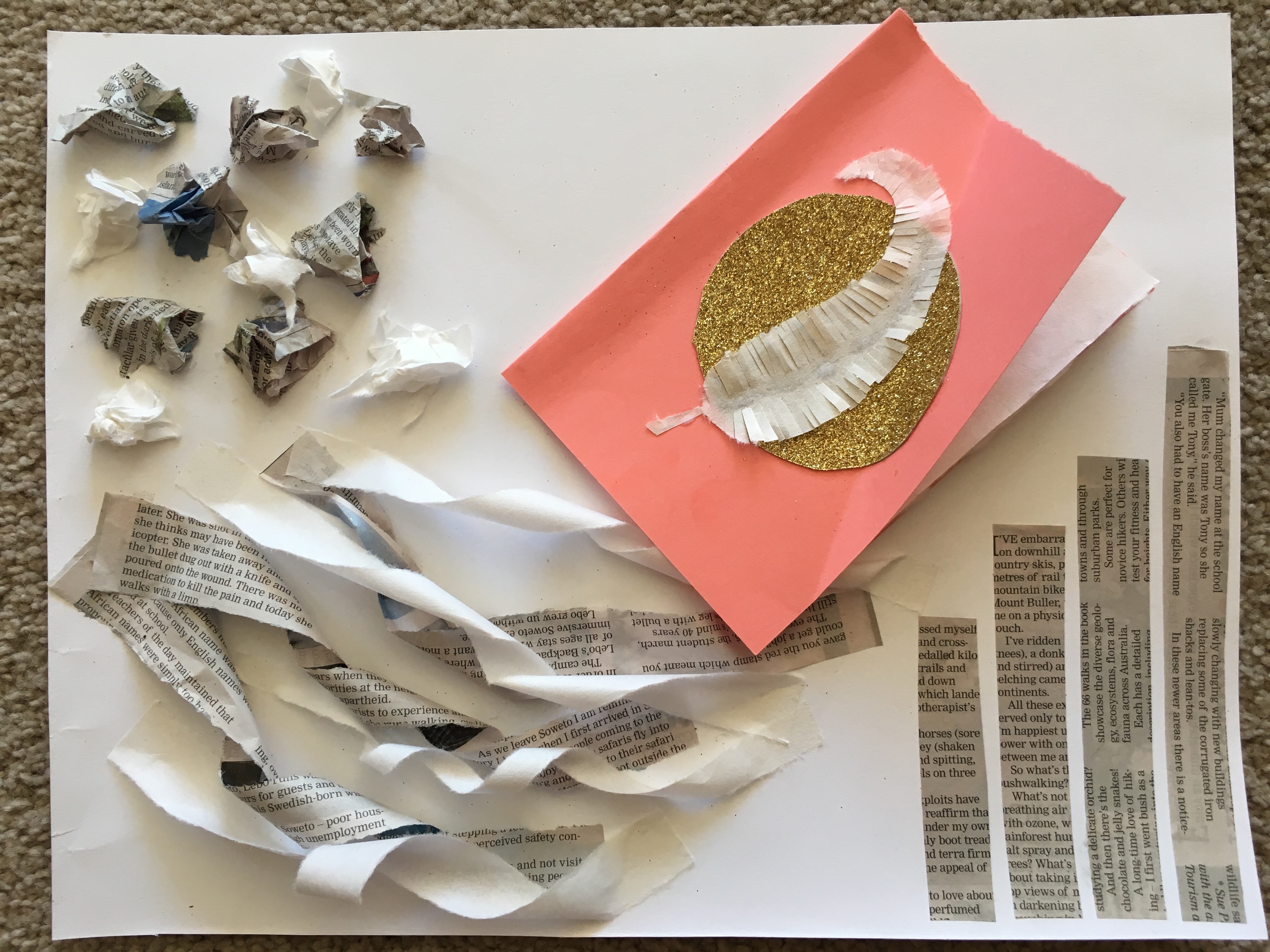 This collage came to me after completing another first, using a beach theme. Afterwards, I decided on the writing process using cardboard, newspaper (from the masthead I write for) and rice paper to depict the steps involved in creating a piece of writing. This collage is circular to show the fluid creative process, with the space at the end for emptying your head before beginning a new project.

Many of Raoul Hausmann’s Dada collages from 1918-1924 used newsprint and different fonts, sometimes in combination with photos or images, sometimes not. This reflects both the idea of the creative process, but also the craft of writing stories, poems and articles.

I feel this collage shows the never-ending nature of what it to be a working writer, but wonder if the collage is too simple. 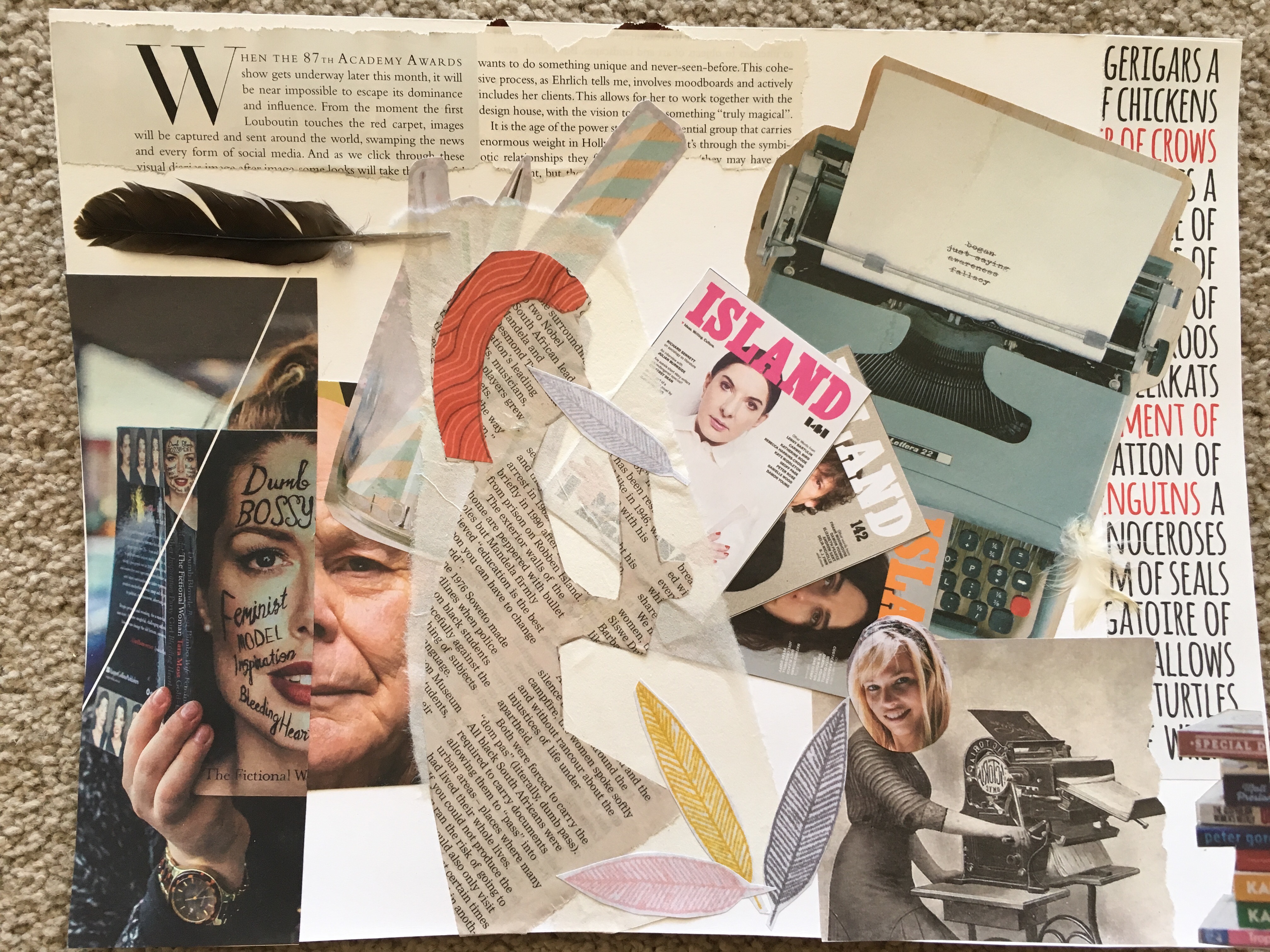 My second collage takes the viewer on an historical journey of female writing from quill and ink to the printing press, typewriters and modern word processing. A feminist edge illustrates the difficulties female writers face to have their words read, some of them hiding behind male pen names. I used photos, pictures, text, newsprint and feathers to depict this story, juxtaposing historical imagery with modern publications.

Hausmann’s work influenced this collage, but moreso John Stezaker’s photographic juxtapositions where he put male and female together in “disjointed harmony”. These collages inspired me to create my own take on male/female and historical/modern meanings.

I like the central female figure, highlighted on the rice paper layer, in the midst of the words, tools and representations of writing in this collage, however I think more could be made of the feminist angle.

The simplicity of the paper-only collage forced me to be very clear when it came to illustrating my idea, while the photos, images and found objects for the second collage gave me almost too much freedom. I enjoyed the second collage most.