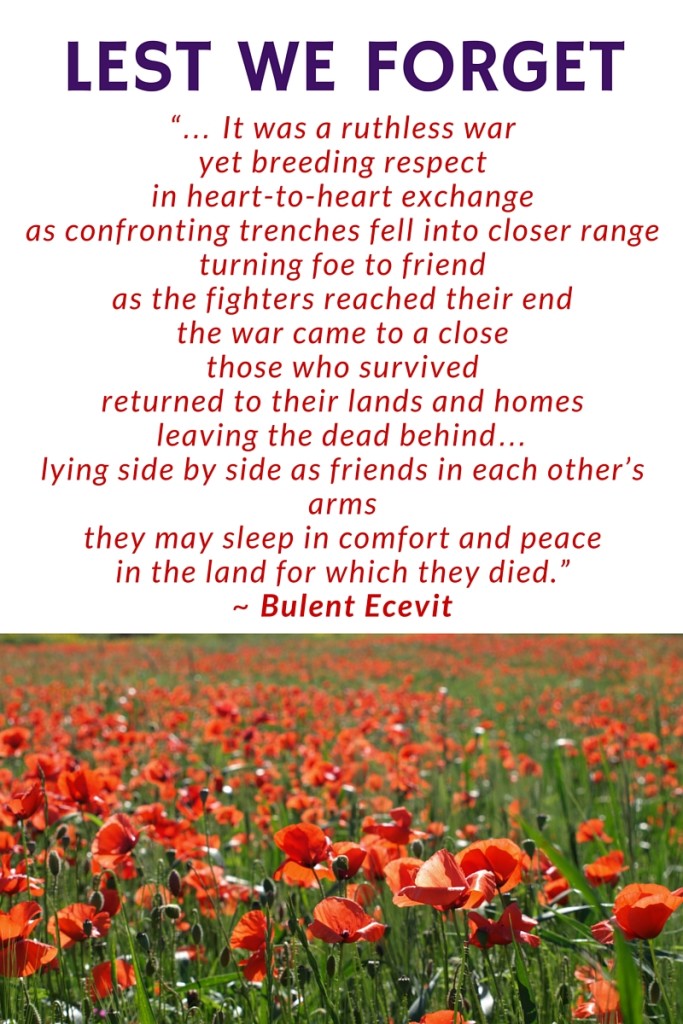 Surrounded by 9,000 Australians and New Zealanders spread out across the grass at ANZAC Cove in the early hours of April 25, I felt an amazing sense of camaraderie. We were all there for the same reason – to pay our respects to a generation of men, younger than most of us, who fought in one of the most famous battles of modern times. Those whose relatives fought on the Gallipoli Peninsula almost 90 years ago proudly displayed their medals on their chests but for many, like me, the connection was as basic as the need to commemorate the ANZACs.

A steady stream of people arrived at ANZAC Cove from early evening on April 24 until around 2am on ANZAC Day. We were all heavily rugged up against the cold wind blowing in from the Aegean Sea, thinking about how this clear, cold night was not unlike the night the soldiers set off from their battleships carrying 45kg packs and rifles, unsure of their fate. Travelling by ferry through the Dardanelles and around Gallipoli Peninsula earlier in the day, I had my first site of ANZAC Cove and the rugged cliffs the soldiers were forced to climb after they landed at the wrong site. But soldiers of a different kind lined the cliffs for our visit – armed Turkish security personnel were dotted around the hills watching out for security threats in light of the war in Iraq.

From around 3am the crowd was entertained with ANZAC and Australian folk songs and our sense of companionship grew. As the first rays of light blue appeared behind the cliffs, the Duntroon Royal Military College band performed until the Dawn Service started at 5.30am.

Seeing representatives from Britain, Turkey and India standing beside those from Australia and New Zealand made me realise the Gallipoli campaign is not solely owned by the southern hemisphere – it has international significance. I felt proud to be representing my nation and I knew everyone who had weathered the cold night before felt the same as we sang our national anthems at the end of our individual services.

After walking up from ANZAC Cove it was a poignant moment when I entered Lone Pine and saw the lines of gravestones marking where so many Australian soldiers had died – or where it was thought they died. But what stood out more were the thousands of stones missing that would otherwise have been claimed by the soldiers who have no known grave. Their names are marked on the Lone Pine Memorial. In the nine months of the Gallipoli campaign more than 36,000 ANZAC servicemen died.

At the peninsula’s Kabatepe Museum a bronze plaque displays the words of Turkish poet Bulent Ecevit. The poem, entitled Gallipoli: A Postwar Epic, is very powerful:

“… It was a ruthless war
yet breeding respect
in heart-to-heart exchange
as confronting trenches fell into closer range
turning foe to friend
as the fighters reached their end
the war came to a close
those who survived
returned to their lands and homes
leaving the dead behind…
lying side by side as friends in each other’s arms
they may sleep in comfort and peace
in the land for which they died.”