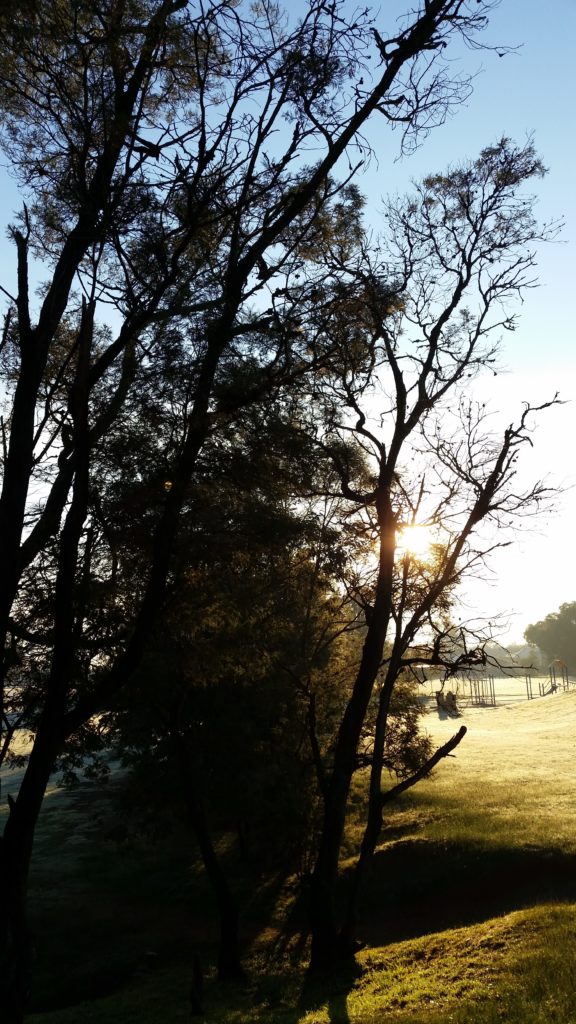 Writing for pleasure is something I don’t often indulge in, but when I do it always makes my heart sing.

For the past few weeks I’ve been mentoring a group of 16 young writers participating in The Write Road program. In their first week they were presented with this photographic writing prompt entitled “Daybreak”, and then asked to write something in response.

I was initially surprised at how difficult many of these 11- and 12-year-old writers struggled with the idea of having no boundaries around their writing. Their questions started with: “Am I allowed to…” Then I realised they didn’t know how to just write; they were used to writing to formula with a specific purpose, topic and word count outlined. The concept of simply writing about how something made you feel, or a memory an image triggered, or a character you thought of when looking at the prompt was not simple to them.

In light of this revelation I decided to put myself in the same uncomfortable position and write from the same Daybreak prompt. I shared with them all the ideas that came into my head when I looked at it, including walking the dog at sunrise, the Golden Hour, kids kicking a football, the colours of sunrise and rolling down a grassy hill.

The final idea related to a memory of my brother and I rolling and laughing on a hill in the Hunter Valley many years ago so I decided to write that memory. But that itself doesn’t make me uncomfortable so I had to up the ante: I wrote a poem. And here’s the result:

Bathe the slope in a weak gold, signalling a new day.

A boy and a girl watch harshly cut blades glisten

Seized by excitement, the pair chase the thrill

From tumbling haphazardly down a wet, grassy hill.

She halted in the dewy hollow, waiting breathlessly for him.

Earthy mouthfuls, prickly arms and inevitable scolding worth it all

When willingly surrendering to a greater boisterous call.

If you want to read more about how The Write Road works, I blogged about it for the Children’s Book Council of Australia (Tasmania) blog.